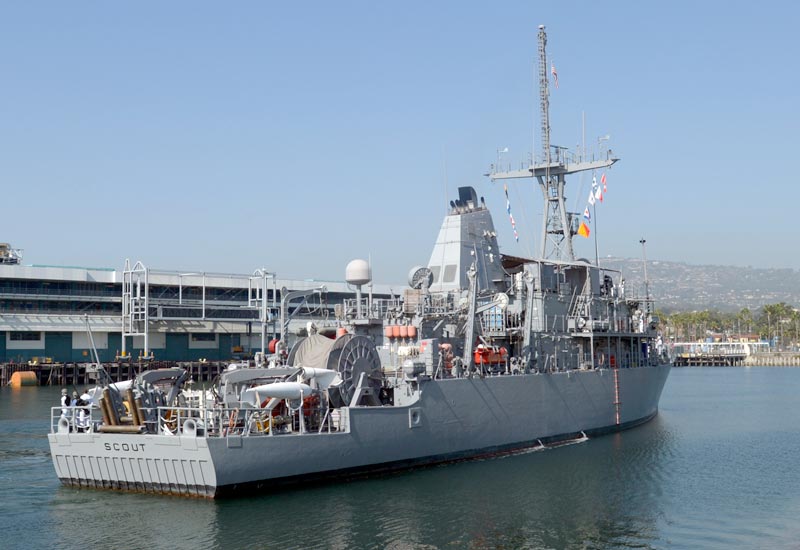 The Avenger-class ships were designed to have very low acoustic and magnetic signatures to avoid detonating mines. While most modern warships have steel hulls, the Avengers have wooden hulls with an external coating of fiberglass. They are equipped with sophisticated minehunting and classification sonar as well as remotely operated mine neutralization and disposal systems. On 25 June 1992, Scout was the first ship to arrive at the newly established Naval Station Ingleside, center of the Navy's Mine Warfare operations.

In September 2005, Scout and several of her sister ships participated in relief efforts in the Gulf of Mexico following Hurricane Katrina The mine countermeasure ships spent weeks surveying waterways around the Louisiana coast and offshore oil platforms, using their high-tech sonar systems to locate sunken debris that could pose a hazard to navigation.

On 18 February 2007 Scout arrived in Manama, Bahrain, where she remains forward deployed with the United States 5th Fleet, Scout was transported from Naval Station Ingleside aboard the semi-submersible heavy-lift ship Condock III, chartered by Military Sealift Command. Scout participated in a mine countermeasures exercise with British forces in August 2007, where air, surface, and subsurface countermeasures were employed in the central Persian Gulf to locate, identify, and destroy planted dummy mines.

From 26 February to 6 March 2008 Scout participated in another mine countermeasures exercise in the northern Persian Gulf with British and Kuwaiti forces. During the exercise, Scout exchanged two sailors with the Royal Navy ship Blyth to foster interoperability between coalition forces engaged in mine warfare 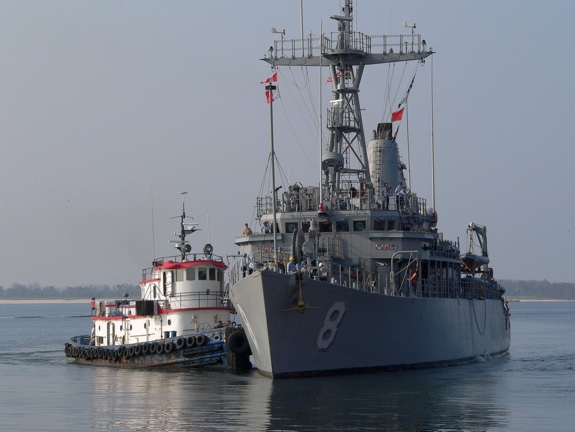