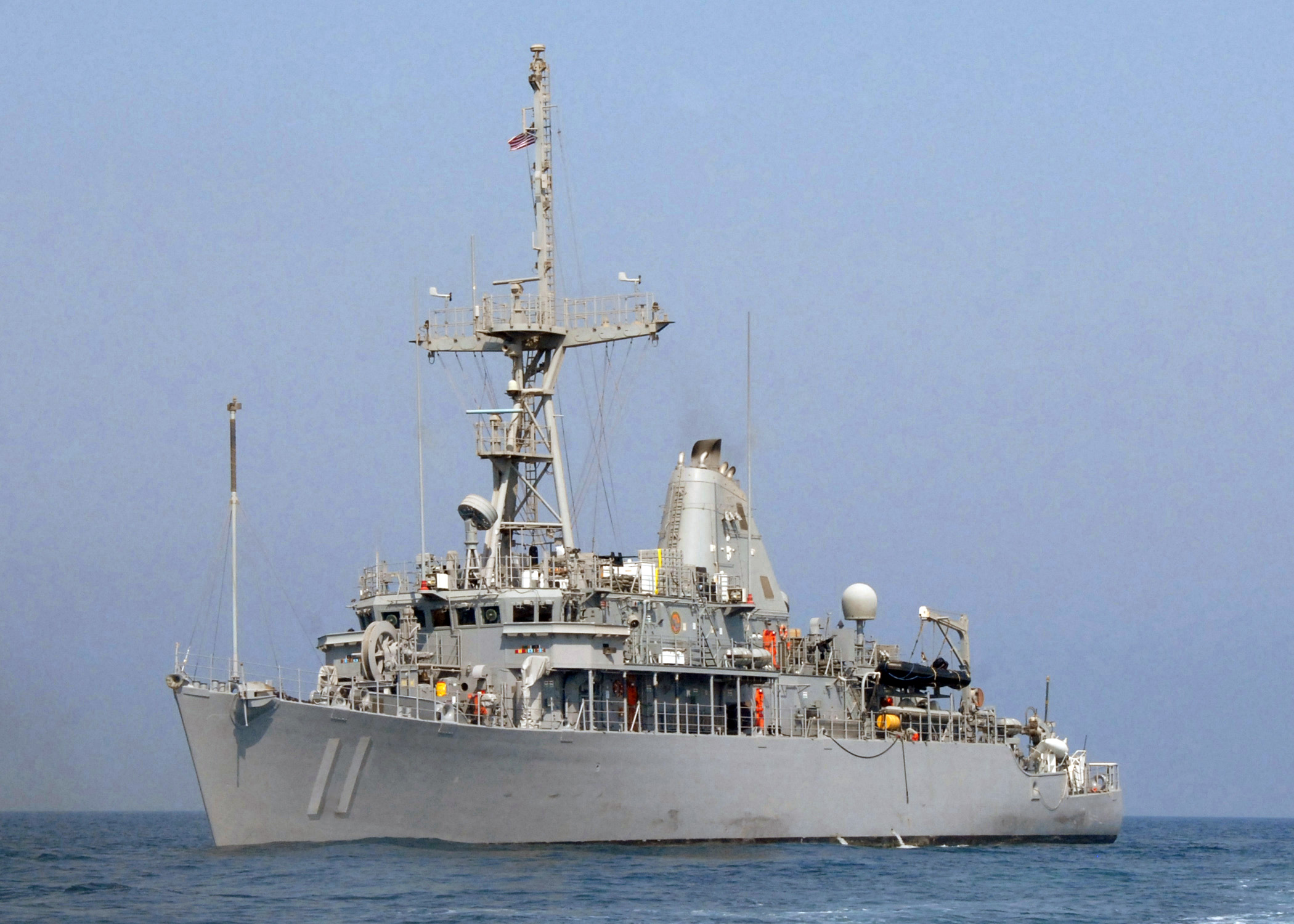 Mine Countermeasures Vessel or MCMV

Is a type of naval ship designed for the location of and destruction of naval mines which combines the role of a minesweeper and minehunter in one hull.  The term MCMV is also applied collectively to minehunters and minesweepers.

Weapons are frequently a few steps ahead of countermeasures, and mines are no exception. In this field the British, with their large seagoing navy, have had the bulk of world experience, and most anti-mine developments, such as degaussing and the double-L sweep were British inventions.  When on operational missions, such as the recent invasion of Iraq, the US still relies on British and Canadian minesweeping services.  The US has worked on some innovative mine hunting countermeasures, such as the use of military dolphind to detect and flag mines.  However, they are of questionable effectiveness.  Mines in nearshore environments remain a particular challenge. They are small and as technology has developed they can have anechoic coatings, be non-metallic, and oddly shaped to resist detection.  Further, oceanic conditions and the sea bottoms of the area of operations can degrade sweeping and hunting efforts.  Mining countermeasures are far more expensive and time-consuming than mining operations and that gap is only growing with new technologies.

Ships can be designed to be difficult for mines to detect, to avoid detonating them.  This is especially true for minesweepers and mine hunters that work in minefields, where a minimal signature outweighs the need for armour and speed.  These ships have hulls of glass fibre or wood instead of steel to avoid magnetic signatures.  These ships may use special propulsion systems, with low magnetic electric motors, to reduce magnetic signature, and Voith-Schneider propellers, to limit the acoustic signature.  They are built with hulls that produce a minimal pressure signature.  These measures create other problems. They are expensive, slow, and vulnerable to enemy fire. Many modern ships have a mine-warning sonara - simple sonar looking forward and warning the crew if it detects possible mines ahead. It is only effective when the ship is moving slowly.

A steel-hulled ship can be degaussed (more correctly, de-oerstedted or depermed) using a special degaussing station that contains many large coils and induces a magnetic field in the hull with alternating current to demagnetize the hull.  This is a rather problematic solution, as magnetic compasses need recalibration and all metal objects must be kept in exactly the same place. Ships slowly regain their magnetic field as they travel through the Earth's magnetic field, so the process has to be repeated every six months.

In the early 1980s, the U.S. Navy began development of a new mine countermeasures (MCM) force, which included two new classes of ships and minesweeping helicopters. The vital importance of a state-of-the-art mine countermeasures force was strongly underscored in the Persian Gulg during the eight years of the Iran-Iraq war and in Operations Desert Shield and Deset Storm in 1990 and 1991 when Avenger and Guardian conducted MCM operations.