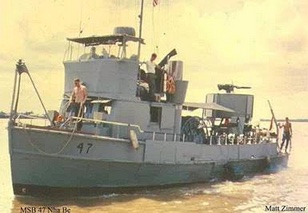 The days of wooden ships and iron men are not entirely bygone in the US Navy. A daily drama is played on the Long Tau River pitting navy men in 57 foot wooden hulled boats against Viet Cong determined to stop the river traffic with mines, recoilless rifles and automatic weapons.

The stakes are high. Success for the enemy would stop the vital flow of supplies to Saigon, South Vietnam's biggest and busiest port. It would also be a major victory that would raise enemy hopes and moral after a long series of setbacks.

The Navy crews of Mine Squadron 11, Detachment Alpha, are determined that this will not happen.  One major reason for their resolution is the memory of their shipmates who have given their lives keeping the Long Tau open 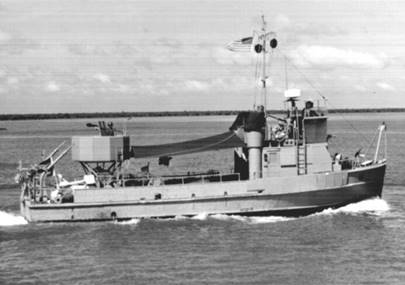 When dawn breaks over the Long Tau the minesweeping boats have already been on the river for four hours sweeping for enemy mines. They will put in another eight to ten hours before calling it a day.

For the merchant ships anchored at the mouth of the river, dawn means the start of a trip up the channel to Saigon.  Merchant vessels are not allowed to make the hazardous transit at night.

Minesweeping of the Long Tau is not glamorous, but vital; not thrilling, but tedious; not safe, but often deadly.

To get to the merchant ships, the enemy has to strike at the Navy's MSB's.  He has done this repeatedly since the boats began sweeping March 10,1966.

The 57 foot MSBs have been hit with mines, attacked from around bends in the twisting channels or fired at with recoilless rifles from the banks of the river.

In November last year the first minesweeper was sunk by enemy action.

The heaviest attacks on on the MSBs occurred Feb. 15th of this year. In four separate incidents that day one boat was sunk and three damaged. One MSB crewman was killed and 16 others wounded in four separate attacks.

The chain drag cuts wires from mines which are command detonated from the river bank; the
O-float cuts loose mines anchored at the bottom of the river. 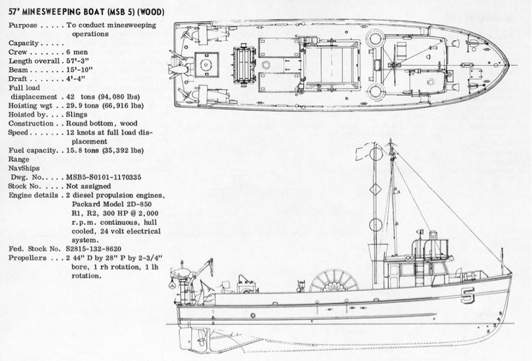 The MSBs are armed with two .50 caliber and four .30 caliber machine guns plus a 40mm Honeywell grenade launcher. Additionally the men will carry a variety of hand weapons.

Each crewmember is capable of firing any weapon on the boat, his "emergency station" is the nearest gun.

Detachment Alfa is based at Nha Be on the Long Tau. Minesweeping Squadron 11 is home based at Long Beach Calif.